We raise some £25,000 every year. This might sound like hard work, but its really quite fun - even when its raining.
There are some events that we organise or help with on a regular basis......
If you'd like to make a donation to our charity fund you can by clicking the button below 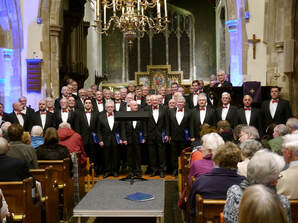 Every December we present 'The Festival of Voices' in Winslow Parish Church.
​We select one of the leading Welsh male voice choirs to entertain an audience with a great evenings singing. A variety of songs - from traditional Welsh to current musicals from the West End are presented and the event is so popular in Winslow it is inevitably sold out within days of the tickets going on sale.  It is equally popular with the Welsh choirs and there is strong competion amongst choirs for the Winslow gig.  We usually have about eighty in the choir and the sound of their voices both in St. Laurence church - and in The Bell Hotel afterwards is a wonderful beginning to the Christmas season.

August Bank Holiday in Winslow means it's time for The Winslow Show.

​Up to 7,000 people visit this perennial favourite to view the gymkhana,  livestock show and the children's funfair. There is a busy craft tent, dog show and a classic car display, 'Wheels in Winslow'. Held in Home Meadow, opposite Winslow Hall it's a successful and significant event in the town: the Winslow show comittee organises the day with help from other local organisations including the Rotary club. 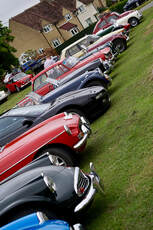 Since 2017 The club have organised The Winslow Classic Run.
Drivers of classic cars love using them on this increasingly popular event.  Entry numbers have risen to over 60 cars which start at a local venue and the carefully planned route follows roads devised to be interesting for the drivers and visit some beautiful villages in the surrounding counties.  The finshing venue is carefully chosen to  provide interest to all - often a historic house or National Trust property.
Recent entries have varied in age from a 1930 Austin seven to a 2005 MGTF but all are welcome to take part.  The event has become so poular that it now has its own dedicated website  which has many pictures of the entrant's cars.   ​
The event raised over £3,000 in 2022 and is growing to provide a regular fundraiser for the club. 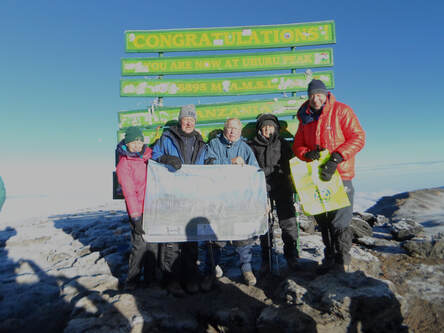 And then there are the adventurers.......
​Every club has the lunatic fringe element - but with Winslow Rotary fundraising is, on occasion taken personally.  Back in 2014, Rotarian Peter Gellatley had a bright idea – why don’t we get people to sponsor us to climb Mount Kilimanjaro…. 5,895 meters high.  When the laughter died down it turned out that five members had signed up, so in September 2014, they flew to Tanzania to meet their Guide and his assistants plus 37 porters, as everything you need for the summit attempt is carried up the mountain.  It took take 6 days to reach the summit, on the last day leaving the camp at midnight in bitterly cold sleet and ice, climbing to the rim using head torches. As the group prepared to climb the last two hundred metres, the sun rose to make the most spectacular sight.  At 7.00am all five successfully reached to top, staying for 20 minutes before beginning the descent.
Flying back to the UK the intrepid bunch had time to reflect on the highs (and a few lows) of the experience and confirmed that they had raised in excess £28,000 for various charities.
As one of the climbers says:  I learned a lesson here – if an opportunity is put in front of you, don’t turn it down – I very nearly did but I will never ever forget the most challenging, but unbelievably rewarding, experience of my life.